Stefano Pallanti M.D. Ph.D and Luana Salerno Ph.D are reference in Italy of the DIVA 2.0 (Diagnostic Interview for ADHD in adults).

ADHD is the acronym of Attention Deficit Hyperactivity Disorder, known in Italy as “Disturbo da Deficit di Attenzione e Iperattività.” This refers to a childhood-onset neuro-biological disorder, characterized by persistent, sharp, maladaptive levels of inattention, impulsiveness, and hyperactivity, which are inappropriate, with respect to age.

For a long time it was believed that ADHD was a disorder characterized exclusively in adulthood, but scientific evidence has instead shown how this tends to persist through the course of life in up to 85% of cases (Barkley et al. 2008; Kessler et al., 2006), causing significant difficulties.

It is estimated that approximately 7% of the child population and 4% of the adult population are affected with the disorder (Faraone et al. 2003, Fayyad et al 2007), yet although the presence of the disorder also in adults is known, only a minimal part of these receive diagnosis and treatment.

It has been shown that having ADHA makes people vulnerable to other disorders, which emerge throughout the years complicating further the clinical picture: it is recognized that 50-87% of individuals with ADHD have at least one other disorder in comorbidity, while two or more in 33% of these (Biederman et al 1993; Adler et al. 2008). Among these, the most frequent are: Oppositional Defiant Disorder (>50%), behavior problems and antisocial difficulties (25-45%), Learning Disabilities (25-40%), low self-esteem, depression (25%), antisocial personality (10-25%), substance use/abuse (10-25%).

The individuals that are affected by it often have a lower level of studies, work and relationship difficulties, they frequently change work, significant other, and friendships, they are often the victims of trauma and road accidents, they have more frequently legal and marital problems (separation, divorce).

The Institute of Neurosciences provides a specialist out-patient service for diagnosis and the treatment of Attention Deficit Hyperactivity Disorder (ADHD).

It is during the elementary school years (age 6-12) that most frequently the first diagnosis occurs, for a series of symptoms which differentiate the ADHD child from their peers:

– avoidance of cognitive tasks (in particular tasks of recopying, or long readings)

– refusal on part of the companions

– low self-esteem, feeling of not being capable

If ADHD has not been diagnosed and opportunely treated, with the increase in age there will be an increase in difficulties on account of the comorbidities which, complicating the clinical picture, will be in need of an intervention at times in priority over the ADHD itself.

In the case of ADHD diagnosis, a multimodal treatment plan is recommended comprising a combination of interventions aimed at the different areas compromised by the disorder.

Intervention with the child/adolescent

Parent training individual or as a group

In the event of an ADHD diagnosis, a multimodal treatment will be recommended, which comprises pharmaceutical drugs and treatment without pharmaceutical drugs, such as behavioral cognitive therapy and specific training programs, aimed at developing effective individual strategies in order to minimize the negative impact of the disorder in daily living.

From the moment ADHD strikes each person in a different way, that which is most effective for the majority of patients is a combination of personalized treatments and centered on the needs of the individual, among them:

According to the specific needs of the individual, information relating to alternative treatments with updated data from scientific research will be provided.

The Study Skills Training course is a specific intervention for the reinforcement of the competencies that experience a decline on account of ADHD, and it is recommended for students who have difficulty structuring, planning and organizing their study activities.

The training course can be done in individual or group sessions, and is comprised of 8 meetings in which the problematic areas will be faced and techniques and useful strategies will be taught which are applicable for the duration of one’s education and/or working career.

In-Depth Information about the STUDY SKILLS TRAINING FOR STUDENTS

Research has well documented how the difficulties produced from ADHD compromise the ability to study to the degree that the majority of individuals affected by it do not complete their education, not continuing their studies after a high school diploma or abandoning university (Barkley, 1998; Barkley & Murphy, 2006; Fayyad et al. 2007).

The students affected by ADHD very often know “what to do” but not “how and when.” For this reason, they need help offered by an expert in ADHD. The academic coaching is a personalized intervention which looks to facilitate scholastic/university success and which allows:

Adults with ADHD can have many difficulties at work, much like they had at school when they were children. Some can have a successful career, others instead daily struggle against a series of problems, which can be different, based on the individual, their profession and their job position.

WOMEN WITH ADHD, FAMILY AND WORK
Recently ADHD in women has received notable attention, as research has shown an underestimation in the disorder in the female sex, due to a difference of presentation of the disorder with respect to males; women present two times greater the risk of having ADD, without those “disruptive” symptoms which cause a request for help.

Women with ADHD who have not received a diagnosis in childhood, can come for a consultation after the ADHD has been diagnosed in one of their children, and if they have recognized in the descriptions of the physician who has made the diagnosis many of their own behavioral patterns.

Women with ADHD can benefit from diverse interventions:

Coaching will focus on the following objectives: 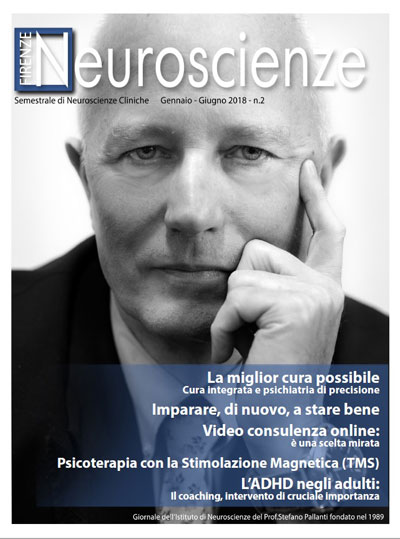